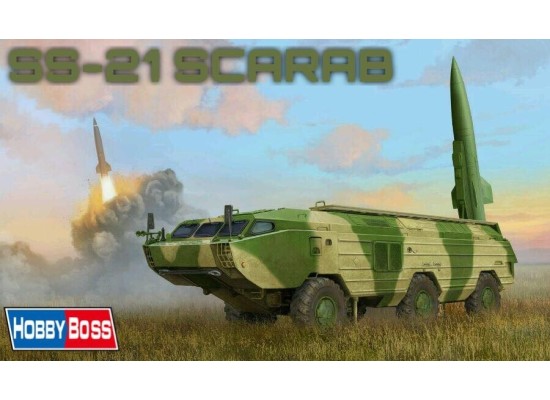 The Tochka short-range ballistic missile system (NATO Designation SS-21 Scarab) was developed to replace the Luna-M (FROG-7B) battlefield rockets. Its development began in 1968. Production commenced in 1973 however officially this missile system entered service with the Soviet Army only in 1976. It was exported to a number of Warsaw Pact countries and other Soviet allies.